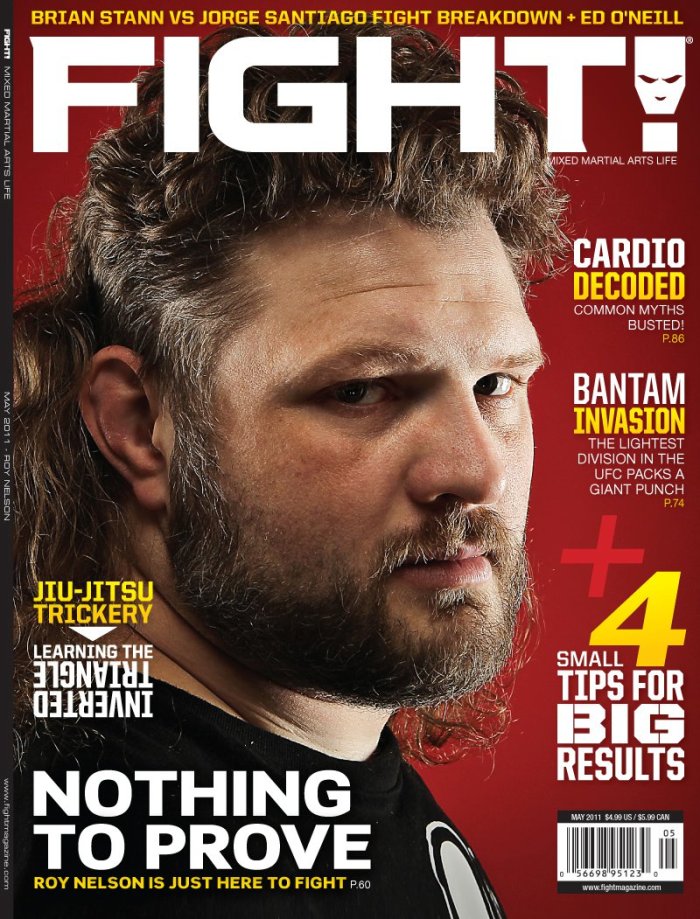 I might be a diehard New England Patriots fan, but sometimes work takes precedent.

I ventured into enemy territory several months ago in chatting with Pittsburgh Steelers All-Pro linebacker LaMarr Woodley for a feature in May’s FIGHT! Magazine.

Woodley was a bit easier to track down than Tim Thomas, simply because Woodley is in his offseason — a locked out one at that. We chatted while he was in Michigan on family business and talked about what attracted him to the sport, his training in Florida and being a part of UFC 100.

He’s a good dude and I joked with him a bit over text about whether LaMarr vs. Lesnar would be a great main event (he has no interest in that or any other fight).

Follow LaMarr on Twitter, yet another pro athlete who loves, respects and understands MMA and wants to be involved. We can’t have enough of those guys around.

Josh Nason is a freelance MMA journalist who contributes to FIGHT! Magazine, WrestlingObserver.com, BloodyElbow.com and several radio shows/podcasts. Follow him on Twitter: @JoshNason.